Situated on Krakowskie Przedmiescie Street, next to the Visitationist Church, the Tyszkiewich-Potocki Palace is regarded as one of the most beautiful neoclassical buildings in Warsaw. Ludwik Tyszkiewicz, a field Lithuanian Hetman, was its founder and first owner. The construction of the palace was started in 1785. Initially the work was under the supervision of Stanislaw Zawadzki but after only a year he was replaced by the royal architect Jan Christian Kammsetzer. To help decorate the interiors Kammsetzer hired stucco decorators including Paolo Casasopra, Giuseppe Amadio, Jan Michal Graff, a sculptor Johann Duldt and a painter Wawrzyniec Jasinski. 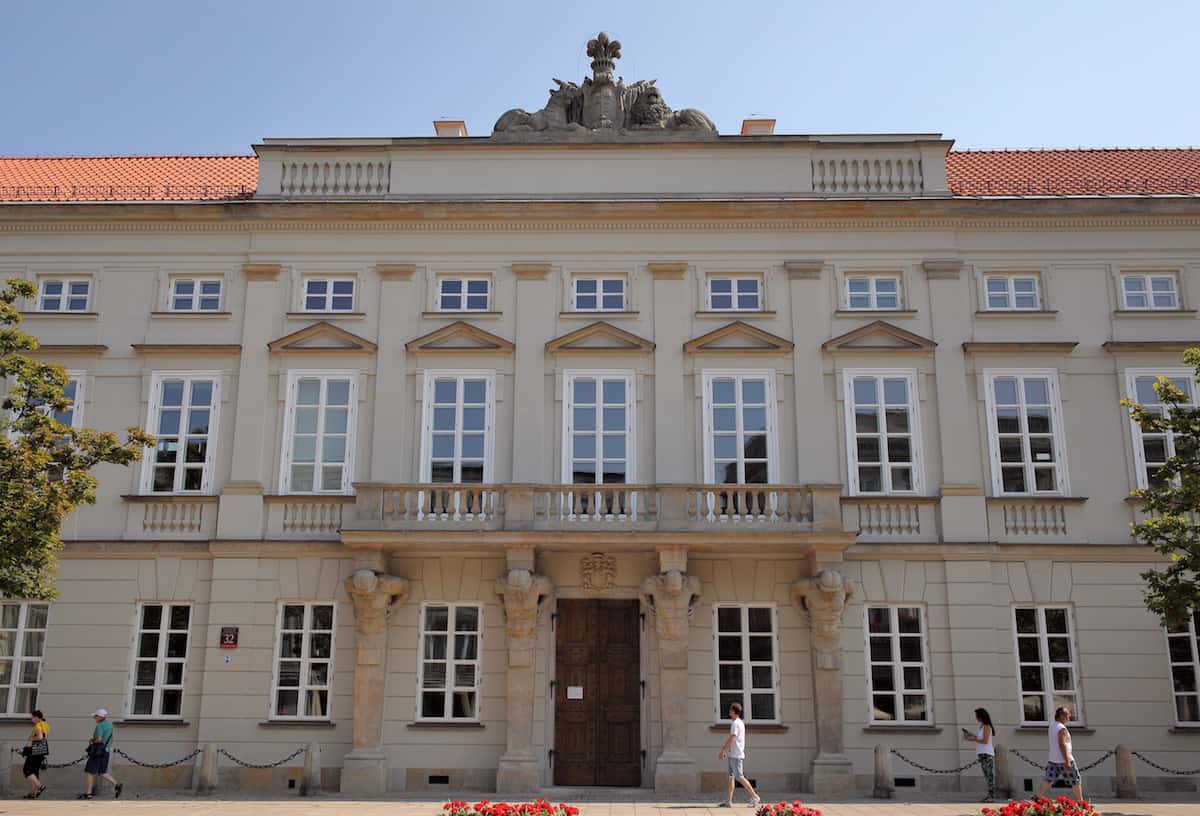 The Tyszkiewicz residence is a palace which has been built along the street rather than, like most Warsaw palaces, off the street and deeper within the estate. The palace has two equally fascinating facades. The first, longer one (thirteen bays) is more monumental, with the main entrance facing the West, and is characterized by a balcony with four Atlantes crafted by the royal sculptor Andrzej Le Brun and his assistant Giacomo Contierini. The second (north side) facade distinguishes itself with sophisticated architectural detail and noble proportions. Between 1821 and 1822 a neo-Renaissance gate and annex designed by Friedrich Albert Lessel were built on next to this facade. Additional construction work at the Palace was done twenty years later. At this time the Palace interior was renovated and rearranged and new brick stables, carriage house and hothouse were constructed. These works were overseen by a famous Warsaw architect, the Italian born Enrico Marconi.

Some of the most interesting interiors of the Palace include the vestibule with its all’antica decorations as well as elegant apartments on the first floor looking over the Krakowskie Przedmiescie Street. The Ball Room with its reliefs depicting the Judgment of Paris and the Judgment of Zeus as well as the Dining Hall with its beautiful fireplace decorated with a relief of Sleeping Ariadne deserve specialattention.

After the death of Ludwik Tyszkiewicz in 1808 the Palace was inherited by his daughter Anna who was at the time married to the Count Aleksander Potocki (her first marriage, her second husband was Stanislaw Dunin Wasowicz). The palace remained the property of the Potocki family until 1923 when it was sold to the Bank Gospodarstwa Krajowego. Prior to World War II the palace also housed the Polish Academy of Literature and a collection of antique prints belonging the Polish National Library. The building survived the initial years of the war unscathed, however in 1944 it was burned down. The reconstruction of this historic building was carried out between 1948 and 1956 according to a project by Jan Dabrowski. After restoration the palace became part of the campus of the University of Warsaw. Currently the building contains, aside from the Museum of the University of Warsaw, the Institute of Musicology, the Center for Polish Language and Culture for Foreigners “Polonicum” and the Antiquity of Southeastern Europe Research Center.

In 2013 the rector of the University of Warsaw, Dr Marcin Palys PhD, along with the Chairman of the Board of the Bank Gospodarstwa Krajowego (BGK) signed agreements granting the UofW low-interest loans by the BGK as part of the JESSICA initiative implemented from the funds of the 2007-2013 Regional Operational Program of the Masovian Voivodeship. The revitalization of the Palace’s interiors was completed in 2015.

no images were found 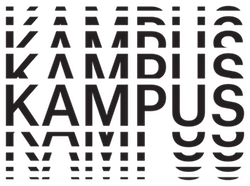 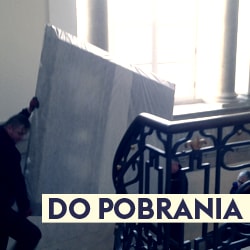 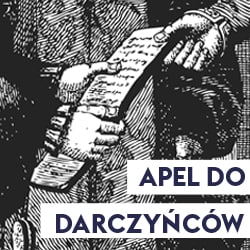